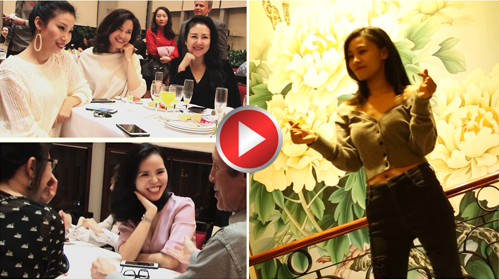 Asian women in Shenzhen China have started to combat the difficulties of domestic dating during international dating events held throughout the year in their city.

Chinese women captivate the hearts of foreign men from around the globe, possessing a poise unlike any woman found in the countries of several Western men.

The unique issue that Asian women in Shenzhen face manifests in the fact that they're unable to meet local Chinese men often due to their own personal status in China.

As many Chinese girls start careers directly after receiving their education, they're often very successful, which interestingly makes women less attractive in many Asian countries.

Sheng Nu, a derrogatory Chinese term for "left over" women seems to plague many Asian girls as they enter into their late 20's through mid-30's.

Romance tours as depicted here provide Chinese women an opportunity to meet interested single foreign men, with whom they can create lasting love.

View our Asian Singles Tour Schedule and make your reservation!

This program is the sole property of Arm Trophy and may not be copied in any way or form without express permission from Arm Trophy.